I was born in Kumasi, Ghana, which is a nation in West Africa and my first language is Twi (a dialect of Akan). Since Ghana was a British colony, we learned English at school so I was already fluent in two languages when I arrived in this country. Now, thanks to the Alliance, I am on my way to speaking a third! French!

When I came to the US, I was very shy and especially self-conscious about the way I spoke. I was living in a new country and I was trying to figure out high school which for me, a kid from Africa, was a little overwhelming.

My high school teacher encouraged me to enroll in the Award Towards Excellence program at the Alliance. I was curious, so I asked some of the former students about it. Everyone loved it so I thought I would apply and go for the interview. 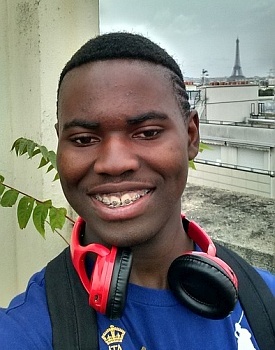 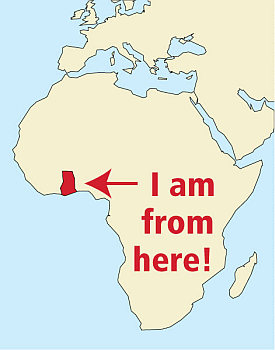 All of a sudden, I found myself sitting in a room with French people asking me questions… en français !

Not only has the Alliance introduced me to different places and expanded my knowledge of the world, it has opened my mind. Now, I live my life filled with surprise and happiness. I never had this feeling before and it feels great! 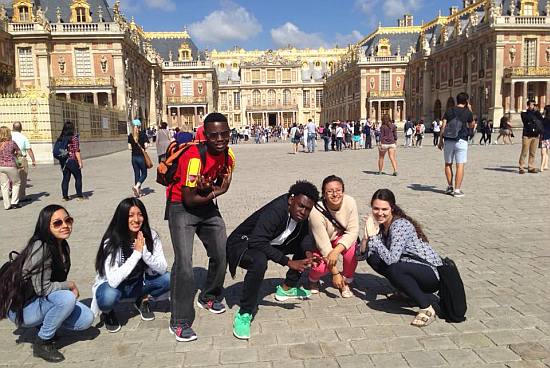 My time with the Alliance was nothing but fun! The class attended French theater, visited museums and saw French art. We met French teens from the Lycée Français. I could relate and speak on the same level…in French! As a group, we were trying French foods and learning how to cook healthy dinners. I made — and successfully flipped — crêpes and now, every morning I make crêpes for my mother. It was fun learning.

Oh, and did I leave out that I was one of 6 students awarded a summer scholarship trip to Paris? Incroyable !

The Alliance ignited an interest in learning. I was a C student when I began the program and tout à coup, I was getting straight A’s! This was a HUGE achievement for me! This fall I started college and am taking all that I learned about myself during my time at the Alliance and applying this new approach to my studies. Chemistry is my major and I plan on going to medical school with the hope of becoming a neurologist. Without my time at the Alliance, I would not have opened myself up to these new and difficult challenges. 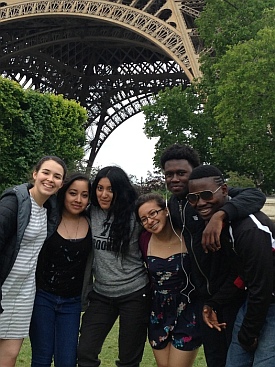