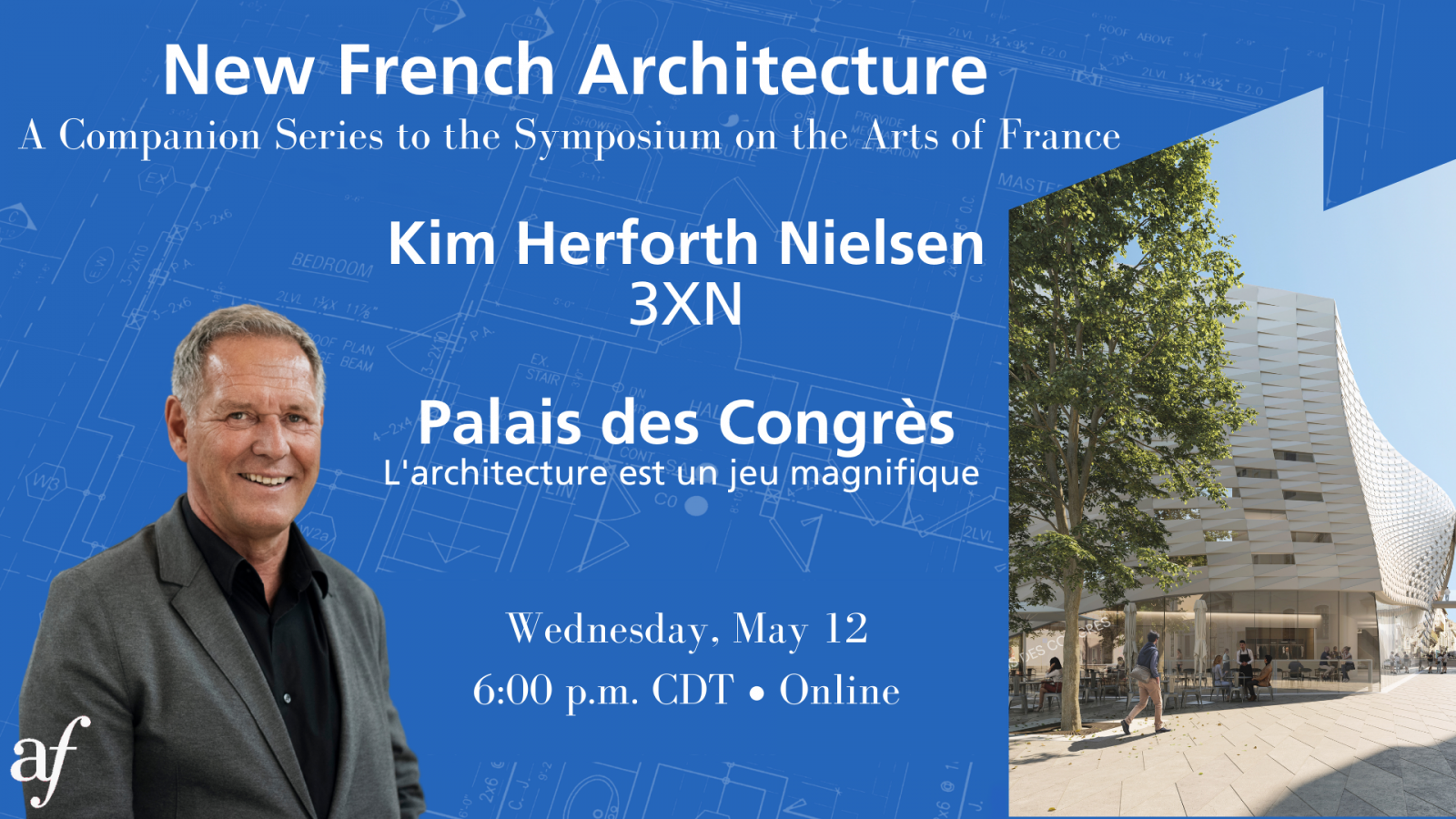 The Palais des Congres is a dynamic new space for business, entertainment, and public gathering. The program features a 700 seat multi-purpose auditorium which can be reconfigured to seat 500 or 300 patrons, depending on programming needs. Additional features include an exhibition hall; multi-functional meeting rooms; a rooftop terrace; and a bar/restaurant. Two swirling staircases invite guests to explore the space in an interactive manner, while encouraging physical activity. Special attention is paid to accommodating the special climate of Nimes while maximizing user comfort and energy savings throughout.

Architect MAA/RIBA, Kim H. Nielsen is Founder and Principal of 3XN. Since the start of the company in 1986, Kim H. Nielsen has been the creative driving force behind 3XN. He functions as the creative director and has overall responsibility for the architectural quality of 3XN’s work from the idea to the final result. Working closely with the Competition Department, Kim directs the group with a high degree of personal involvement in each project. Kim Herforth Nielsen has been involved in all the practice’s major projects, including the Quay Quarter Tower in Sydney, Copenhagen Arena, the aquarium The Blue Planet, Museum of Liverpool, Ørestad College in Copenhagen, Muziekgebouw Concert Hall in Amsterdam, IOC Headquarters in Lausanne, and the UN City HQ in Copenhagen and many more.

Kim H. Nielsen is often called upon as a jury member in International architectural competitions and as a lecturer at art academies and universities around the world. From 2014-2017 Kim was appointed chairman of architecture committee at Danish Arts Foundation.

Learn more about the Palais des Congrès project and register to join us on May 12!

This lecture is presented by the Alliance Française de Chicago in partnership with 3XN as part of our New French Architecture Series, a companion series to the Symposium on the Arts of France.

Chairs, Symposium on the Arts of France: Myriam Bransfield and Mary Blust

Support and Save: Become an Alliance Française member for as little as $75 a year for a Library and Events membership.