Around the world in 4 FrancoFilms!


From France to Canada, to Cambodia and the Ivory Coast, this month Ciné-Club will be taking a tour du monde to celebrate our Festival de la Francophonie! We've got an exciting slate of films set for the month of March, and this time we're bringing them straight to you, with some direct virtual screenings thanks to our wonderful partner organizations.

Each film will have a virtual screening window which you can find below - you must register for the event to receive access to the screening, so make sure to take note of the availability dates and register on the following event pages in advance!

They're from China, Chile, Tunisia, Libya... but the classroom has no frontières! This documentary from acclaimed director Julie Bertuccelli (Since Otar Left; The Tree) follows a year in the lives of 24 immigrant students in the heart of Paris, participating in a French immersion program that helps them adjust to the language and culture of their new home. Under the inspiring tutelage of a motivated prof, the 2012 Class of La Grange aux Belles will learn to navigate the French school system along with the shared tribulations of immigrant life.

Overeducated and underemployed - that's where Sophie finds herself after completing her PhD at the age of 35. Lucky she's got her brother Karim, who is her roommate, confidant, and loyal cohort - that is, until he starts dating her gynecologist. Thrust into the awkward situation of third wheel for Karim and his new girlfriend, Sophie finds herself less and less able to connect with the brother with whom she was once inseparable. Is their relationship destined to fray, or will Sophie come around to the new woman eating up Karim's time and attention?

A quiet teenager. An aspiring motorcyclist. A young taxi driver. Three stories unfold in the heart of Cambodia's quickly developing urban metropolis, all focusing on the dreams of young people yearning for something better. Growth and industry is all around them - but is it for them? Will the new generation coming of age in an urban boom get to know the comforts of their rapidly modernizing city? Or is the dazzling new image of the capital city merely a facade for the struggles of the invisible youth?

Available to stream 3/27 ONLY; Ciné-Club discussion on Sunday, March 28

Tell a story. Keep the ritual. Survive the night. A young pickpocket is shuttled off to MACA, a mysterious prison in the heart of the Ivory Coast, where he finds the place completely controlled by its inmates. No sooner does he arrive than he is forced into the position of "Roman," tasked with telling stories to the captive audience all throughout the night. As a blood moon rises above the prison and the cryptic function of this ritual begins to make itself clear - is the new Roman weaving a tale to forestall his own death?


We are excited to announce our new Click & Pick library program - a safe and socially distanced way to take advantage of everything the AF Chicago library has to offer! We offer weekly curbside pickup from 10:00 a.m. to 12:00 p.m. Simply “click & pick” up to ten items, let us put everything together for you, and pickup your items on Saturday!


24 students. 24 backgrounds. 1 France. To kick off our Festival de la Francophonie, we'll be taking a look at Julie Bertuccelli's heartwarming documentary about a year in the life of immigrant students in Paris' 10th Arrondissement. Join us this week as we discuss: La Cour de Babel (2013)


A 25-hour flight away from Chicago…La Réunion is part of the Mascarene Islands and a French overseas département in the western Indian Ocean. It is where the general Consul of France in Chicago, Guillaume Lacroix, comes from and thanks to the help of Chef Kilian Lizé, he will introduce us to a typical dish from the beautiful island with a volcanic past...

Grands Châteaux of the Loire and Ile-de-France: Château de Vaux-le-Vicomte


Join us for a live cooking class and cocktail demonstration with Chef Jérémie and Rhum Clément. This event is part of their month-long Celebration of the Antilles françaises during the Mois de la Francophonie, a series on the French departments of Martinique and Guadeloupe. 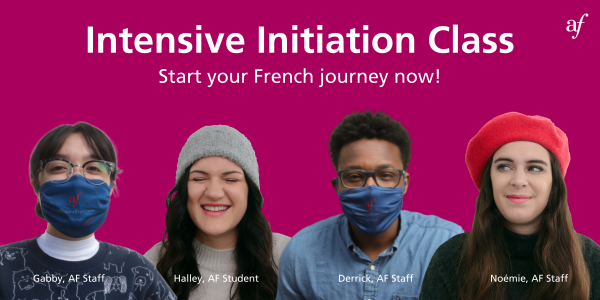 
Have you always dreamed of learning French? Make it a reality and register for our new Initiation class, designed for brand new students to French. Classes are scheduled every week on Tuesday and Friday starting Tuesday, March 15, and ending Friday, April 9. 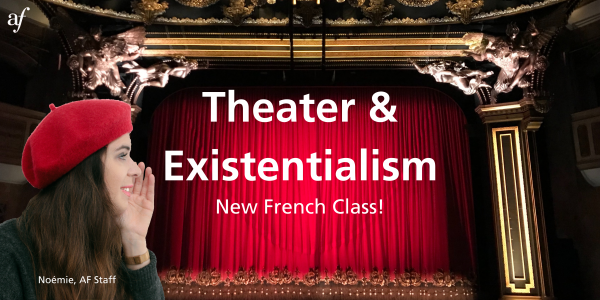 
One of the most iconic plays in France's history Huis clos (No Exit in its English title) is also a great illustration of the key concept of Existentialism. Join us to study the play and tackle a, if not the, French classic in a fun and educational way.


This year, our French Summer Camp is back and better than ever before! We will offer fun activities like yoga, cooking, dance, theatre, and more! Both in-person and Zoom options are available. Click to know more!

All year round, skilled teachers, authors, performers and artists share their passion for the French language and its various cultures with curious minds like yours. No need to speak French to come participate! Our expertise in teaching is complemented by a rich array of public programs (most in English), our wonderful library and a community of welcoming like-minded individuals.

The Alliance Française de Chicago is an independent not-for-profit organization and is not a French government agency.